“Sondheim is a shih-tzu with a huge personality who loves to be around people. I teach high school and he has spent many days in my classroom and loves to play with my students. He rarely barks but loves to sing and run around in circles. His brother is a 11 year old cat named Mozart who puts up with him but doesn’t like the constant chasing and the fact that Sondheim plays with his toys and eats his cat food if given the chance.

He lives in Southern California so he is not used to weather and doesn’t like wind, rain, or cold weather which made Christmas in Iowa and Boston interesting to say the least. He loves sunning himself in the window and sleeping under the blankets or burroing in the laundry. His favorite toy is his gator which he has had since the day he came home.

He is the love of my life and the best thing I ever decided to do! A four-legged child to say the least!” 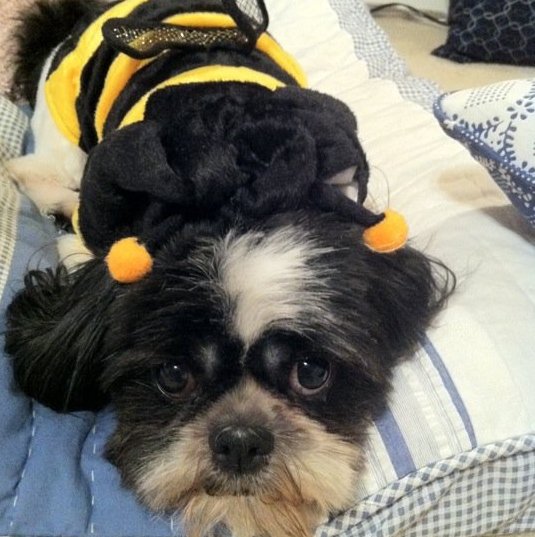 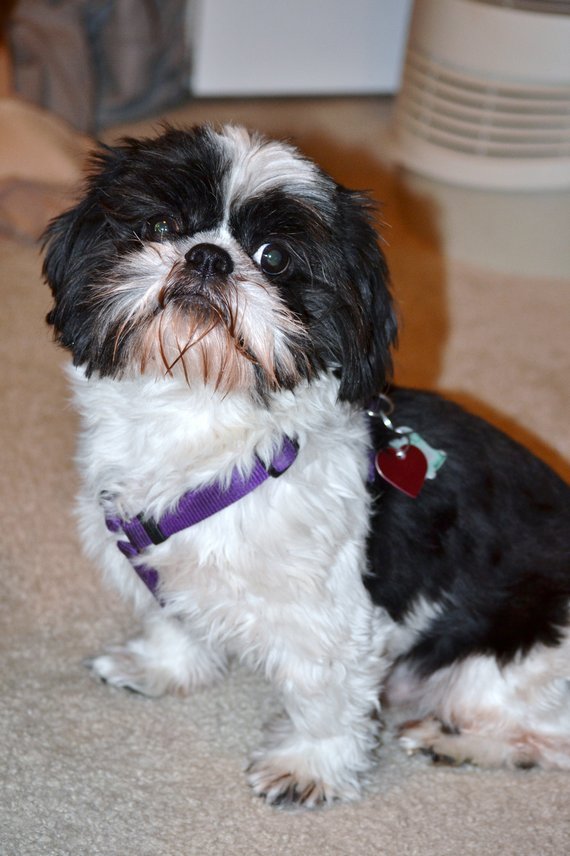 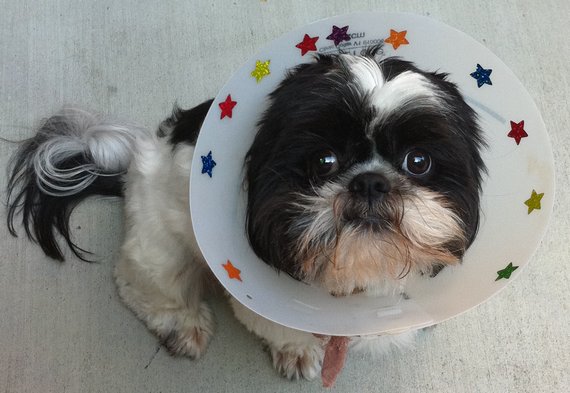 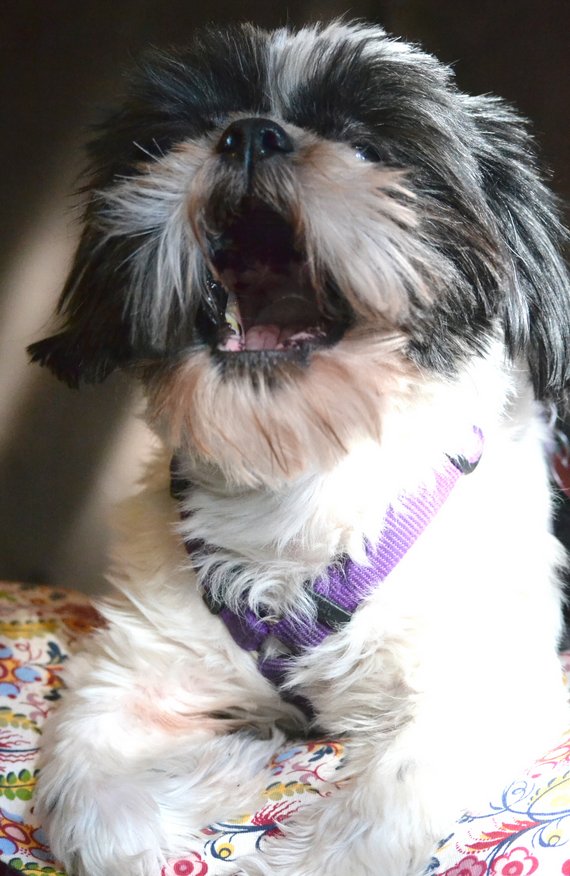